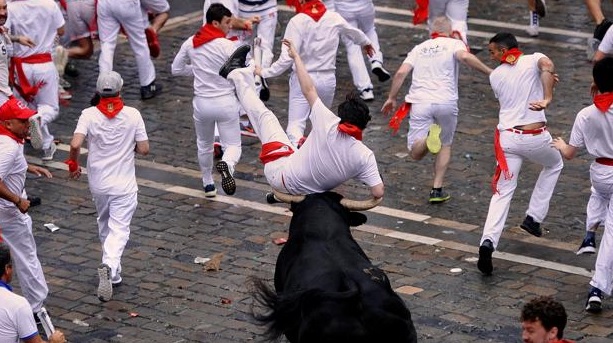 Saudi Arabia is ready to become an entertainment and tourism world spot. To make this happen they presented a full activities plan, among these activities there is a special place for a bull running event very similar to the one that goes through the streets of Pamplona (Spain) every San Fermin.

The date of the event and the city in which it will take place is unknown yet, but Twiki al Sheji, Saudi Arabia Entertainment Authority, confirmed that bulls and Spanish specialists are already in the country.

This first run will be part of an ambitious program that includes the opening of a Madame Tussaud wax museum, a large number of international artists’ concerts and NBA games.

The goal is to place the ultraconservative kingdom of Saudi Arabia into the list of the four most visited destinations in Asia, and into the top ten in the world.

This announcement comes at a time when the Saudi Royal House is in a weak spot due to several crises such as the murder of a journalist in Istanbul and its military interference in Yemen.

The question now is; is Saudi Arabia really interested on the San Fermines? Or is it all a whitewash attempt?