What is a hypebeast? 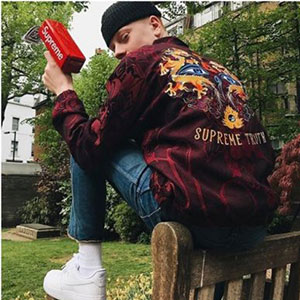 What is a hypebeast?

According to urbandictionary.com a hypeast is:

– “A person who follows a trend to be cool or in style. A person who wears what is hyped up.”

– “A Hype Beast is a person that collect clothing, shoes, and accessories for the sole purpose of impressing others. Although the individual may not have a dime to their name, they like to front like they are making far more then everybody else

There seem to be some conflicting definitions about the nuances of “hypebeast.” Most people agree that a hypebeast is particularly interested in doing what’s in vogue in order to impress other people, like buying cool, new shoes, snapbacks, or sweatshirts. Some people argue that a hypebeast usually uses other people’s money, typically belonging to their parents, older siblings, and so on; otherwise, meanwhile, claim that a hypebeast has an abundance of cash flow of their own that allows them to purchase such luxuries. It seems that popular brands worn by hypebeasts include Stussy, Crooks and Castles, Supreme, Huf, Vans, and Alife.

Had you ever heard of hypebeasts? Do they really exist?

Could you write some examples of people considered as hypebeasts

What would you say is the actual impact of social media influencers on trends?